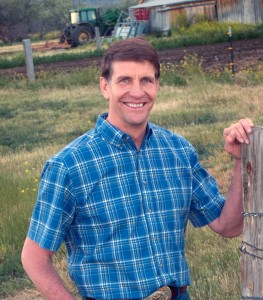 Ken Miller is the manufacturer of the EarthBuster, and an EarthBuster service provider for Eastern Montana.

“Our septic system was slow to drain into the drain field. When we took showers or used the washing machine too much in a short time, the water would back up in the septic tank and come to the surface of the ground. Then we got in touch with Earthbusters. The next day he came out and worked his magic on the soil. It relieved all the pressure that was in the drain field itself, and we haven’t had a problem since—and it’s been about 6 months now. Now I would recommend it to anybody. It’s safer and less expensive than putting in a new drain field, and it didn’t damage our system. In fact, the EarthBuster is such a good idea that it even made me think about getting one myself to become a service provider!”
~Steven Lightfoot. Billings, MT. 14 November 2015

“As soon as he started with his machine in the ground, we came over and looked, and the water [in the septic tank] went down almost immediately. …It has worked fine since then.”
~ Kenneth D. Peterson, Attorney and Landlord. 14 November 2015.

“We used this service and it solved our awful septic issue, keeping good relations with our neighbors and costing much less than a new septic system. Thanks, Ken and Peggy!”
~ Janis Viren. Billings, MT. 13 November 2015.